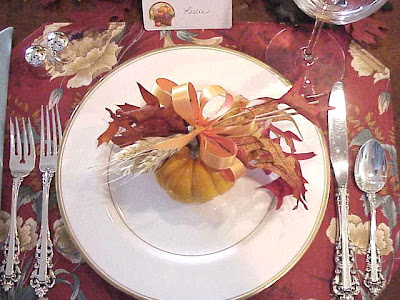 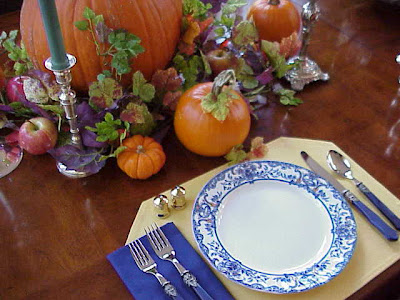 Now, here I sat at my table - minus the men and the centerpiece - with a plastic tablecloth I suddenly knew I abhored! I think that was when I said, 'Well, it's certainly not a Norman Rockwell moment.' 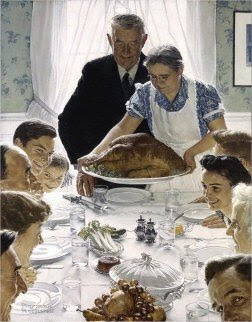 Two things were decided in my mind at that moment. Either my sweetheart would not be allowed to go hunting and extend his stay through Thanksgiving next year. . .or, we would follow my suggestion. In the middle of all the mess I told the girls that I thought next year we should just go out somewhere, sit down and let someone else serve us! 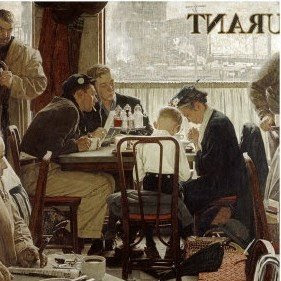 Later in the afternoon, after the dishes were done and we ladies were seated in my living room as the children played nearby, I asked my grandchildren to tell me one thing they were thankful for. Mr. R. said he was thankful for good food. Mr. G. said he was thankful for God and for Jesus dying on the cross for us. When asked, Mr. C. said he didn't know - he's the shy one. Miss E. told me she was thankful for her mother. Mr. H. was too little to understand or answer. He just knew that his little tummy was full and that he is loved. A lot. And what was I thankful for? Each of the beautiful children who gathered in my home yesterday. And for the privilege of having my dear little mother in my life. . .and my daughter who is the sweetest lady a mother could hope to also call friend. . .and my precious daughter-in-law who is truly a gift from God to our family. As we reflected and laughed about the craziness of the day my heart was full of gratitude and praise to God because I know that I am blessed. Very blessed. And I give Him thanks. . .with a grateful heart.

(The plastic tablecloth? It has been cleaned thoroughly and added to a box of things headed to the thrift store where, hopefully, someone will think it's beautiful and will grace their table with it sometime!

Written by Adrienne at 9:01 AM
Labels: This and That