Today is a very special day at our house. Our puppy is a puppy no more - he’s a big boy now. He’s one year old today!! Of course I didn’t know him a year ago today but that doesn’t matter – it’s still a special day for him. I’ve been telling him he’s a big boy and he’s pretty proud of the fact that he has finally made it through all the things a puppy needs to survive to get to this day. This is what he looked like the day I met him in March. My oldest granddaughter was holding him. 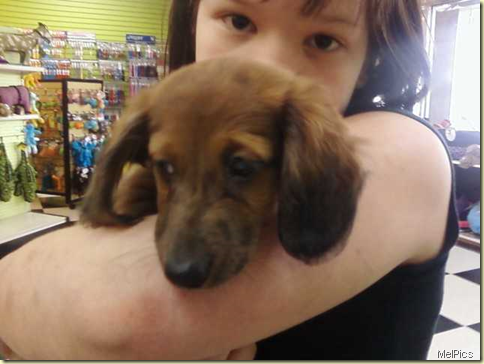 He was the sweetest, little guy and my heart was totally ‘taken’ by his snuggly, cuddly personality. He was just eight weeks old and such a little doll. It was love at first sight but I didn’t take him home that day. Instead, my daughter and her children sneaked and bought him for my birthday and the next day he became mine. (That was early March – my birthday wasn’t until August!) 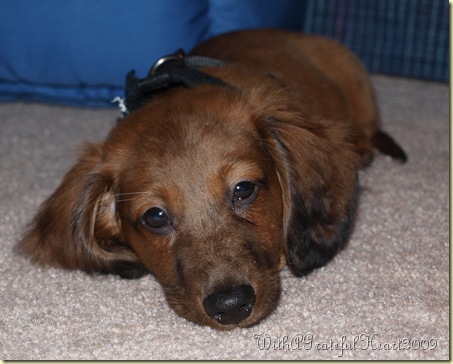 The day he came to our home was the day our whole world changed! 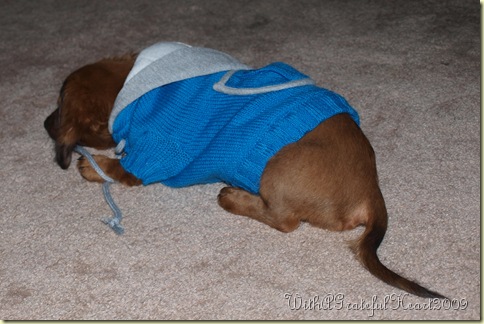 Things haven’t been the same here since then. We learned to put our shoes away when we took them off or they became good teething ‘toys’. . . 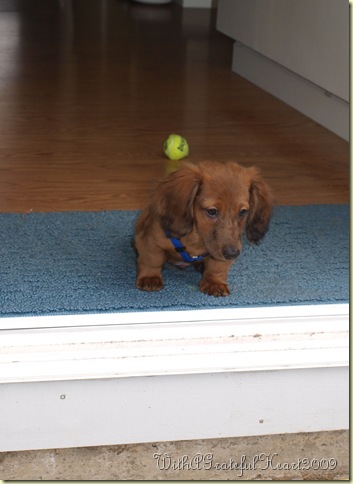 We learned that we didn’t need to shred papers and booklets – Joey would do it for us. . . 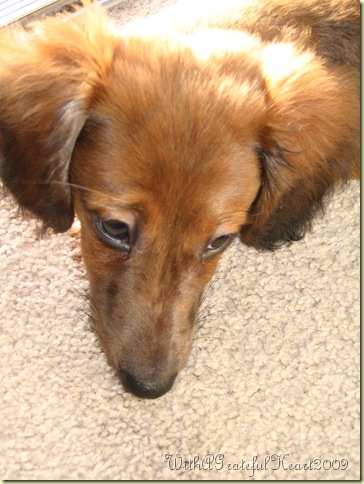 We learned that puppies sleep a lot through the day and not so much at night. . . 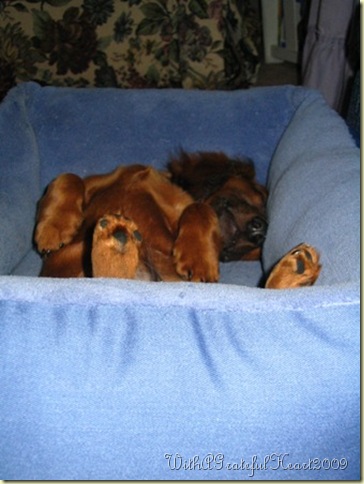 We learned to see and hear things in the world around us that we’d never noticed before. . . 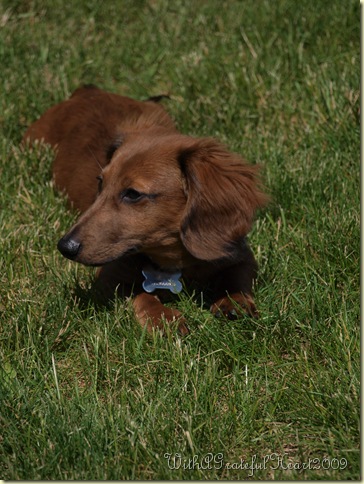 But most of all we learned that there’s nothing quite like being loved by a puppy! 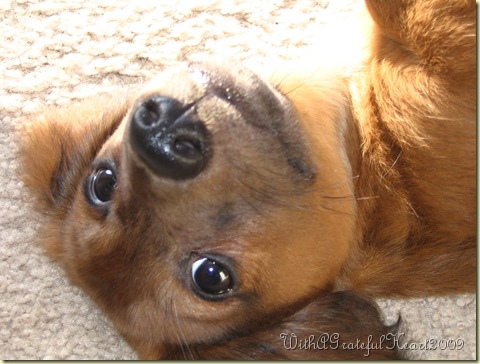 Joey is full grown now and he has a mind of his own. Most of the time he just wants to be with us – or eat – or play – or go for a walk – or chase the cat – or sleep. Late yesterday afternoon it began to snow at our house. Joey sat at the patio door and barked at the snowflakes as they fell. Then he wanted to go out to see what it was all about. After running a couple of circles around the yard he quickly ran back inside and looked at me as if to say, ‘What was that all about’? In the evening we had to take him out on the leash because he refused to step out into the cold, white stuff on the ground. Even having his cool camouflage coat and hood on didn’t seem to impress him. 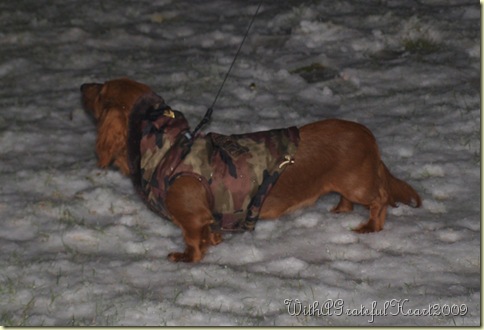 He didn’t linger long out there and very quickly he let us know it was time to come back inside – and there was no doubt that he didn’t appreciate what we had just made him do. 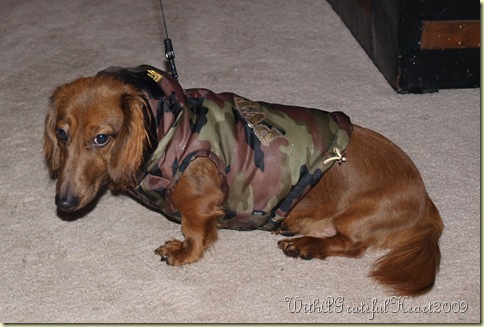 So today we will celebrate Joey’s birthday in style – with a gift or two and some treats and lots of hugs. And probably a puppy doggy kiss or two!!

Written by Adrienne at 12:26 AM
Labels: Celebrations