With Pen And Ink 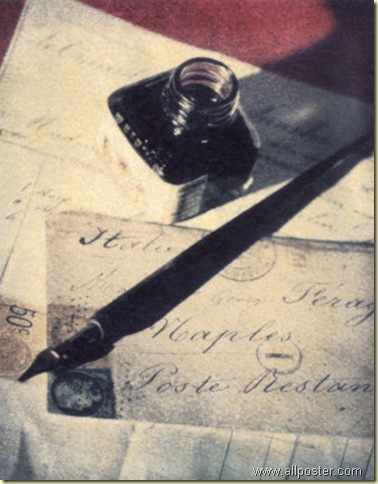 Well, maybe not pen and ink! With computer keyboard and my fingers I’ll share my heart with you and update you on some things in my life. Maybe I’ll ask a question or two – we’ll see – but I have some things I wanted to sit down and tell you.

First, an update on our daughter. I shared an update about her here and I haven’t said more since then. Some of you have been praying for her through the last months and we know that God has held her and her precious baby girl safe in His arms. Our granddaughter is due to arrive the first week of May but it seems she has been trying to arrive for the past couple of months. There have several trips to the hospital with overnight stays as the medical team administered care and medication to stop or control the contractions that were coming hard and fast. Our daughter was placed on total bed rest and that helped a bit but didn’t stop the process entirely. She recently developed gestational diabetes and has needed hospitalization to manage high blood sugars. As I write this she resting at home again but she is being watched for pre-eclampsia and toxemia. Our special baby girl is being monitored twice a week now to follow the development of her lungs and we are about a week away from the point that the medical team feels will be the ‘safe zone’ for her to arrive if she does come early. The doctor doesn’t plan for our daughter to go to her due date – plans are in place for a birth date about a week early if little Miss Hannah hasn’t shown up by that time. I’m sure you realize that we are all on pins and needles – on hold – until both our dear daughter and our precious baby girl are safe and sound. God is holding them close and we appreciate your love and prayers on their behalf. Don’t worry – I will keep you updated and informed and there’s no way you will be able to miss when we welcome Miss Hannah into our hearts and arms!

And finally, a note about following your blogs. If you keep close track of how many blog followers you have you may notice that you have one less today. The ‘Followers’ mechanism has been messing up my blog reader for some reason. It has duplicated blogs to read and frustrated me no end. While you won’t see me listed in your Followers list I am still ‘following’ your blogs. I may be sneaking in and reading and leaving quietly at times but I’m there. Don’t worry – you didn’t offend or upset me. Until I know what to do to fix the blog reader problem I’ll keep stopping by to visit and to see what you have to share. Rest assured, I’m not going away – you’ve come to be treasured friends and I’ll stick with you. All the way!

Written by Adrienne at 8:44 AM
Labels: From My Heart