Guess Who Came To Dinner?

Yesterday afternoon I drove a few miles toward the freeway to meet our son and daughter-in-law and their three boys. They live a bit more than half an hour from our home and were taking the two older boys for a surprise outing to see the new Toy Story movie. Our youngest grandson, two-and-a-half-year-old Mr. H., stayed with us. When I arrived at our planned meeting place, Mr. H., was waiting and ready to hop out of the car and give Grandma hugs and kisses. His little mouth was puckered up almost the moment we looked through our car windows at each other! This was his first visit to Grandma’s house by himself – no brothers and no parents! One of the first things he asked when he arrived was, ‘Where’s my bed?’ He was a bit disappointed he wasn't spending the night but it wasn’t long before he had settled in and was having a good time. Grandpa and Joey enjoyed watching him play with cars. 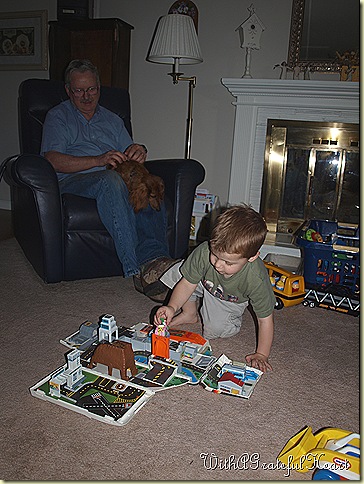 He was anxious to show me that he put this one together – all by himself! It didn’t seem to matter that the arms and legs were backwards! 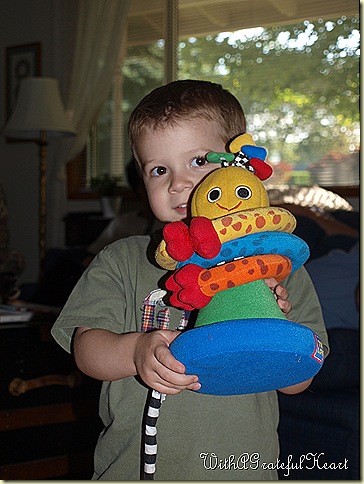 Mr. H. and Nana (my dear, little mother and his great-grandmother) enjoyed being together. His advice to Nana: if something scares you, go home and don't do that again! 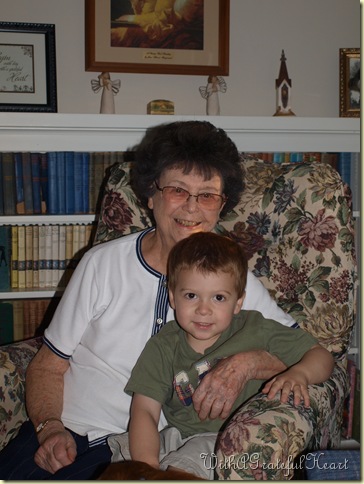 Dinner together was an adventure. He’s a good eater but we were informed that zucchini is not good for you – it’s bad stuff! Later he decided to encourage Joey as he ate his supper. 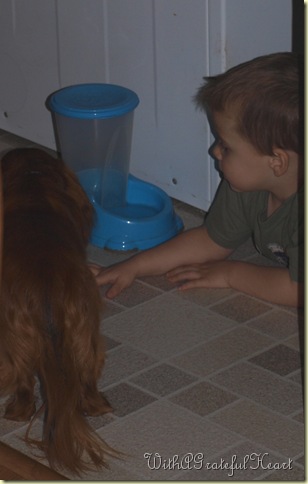 A little bit of advice, perhaps? 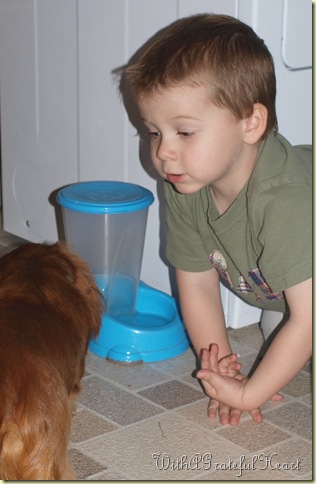 It's hard to go to sleep when someone is watching you - and talking to you! And telling you to close your eyes? 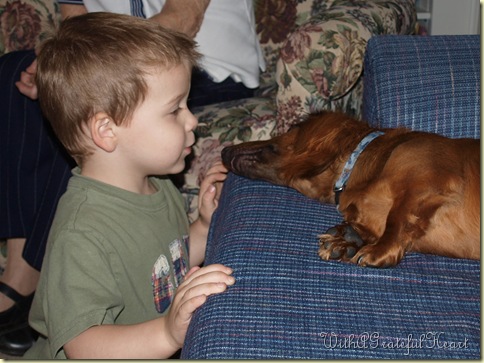 A budding virtuoso in the family, perhaps? Like his brothers before him, he couldn’t wait to play the piano for us. He informed us that he likes ‘loud’! 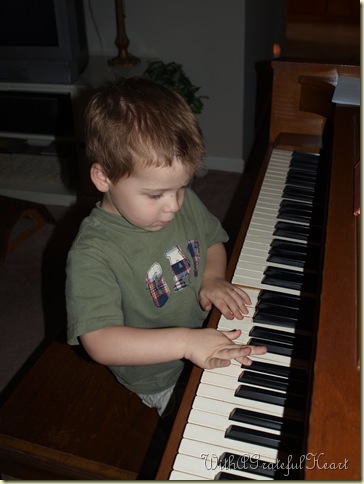 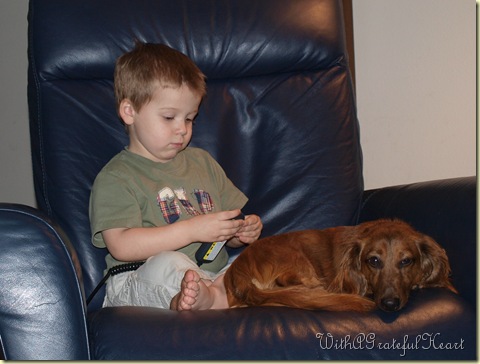 Success for a two-and-a-half-year-old boy is doing it by himself! Success for Grandma is when she knows he loved being here and he begs to stay!
Written by Adrienne at 7:31 AM
Labels: The Grandest Kids