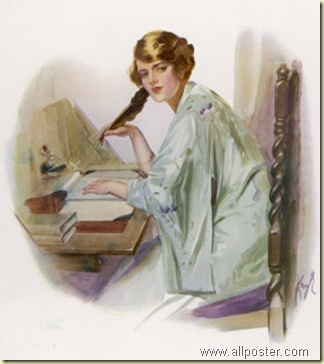 Oh, my friends, there is more to share from my heart to yours. Sometimes there are long silences when I wonder what to share with you and then there are times like this week where the ‘ink’ just flows!

There is news to share that is making our hearts rejoice! I haven’t said anything here about my sweetheart’s work situation over the past months. So many are out of work and struggling but about three months ago my sweetheart’s work situation changed overnight, requiring him to work at least sixty hours a week. While that’s good for the paycheck, it’s hard on the body and real life! He suddenly became the Acting Operations Supervisor at Stanley Hydraulic Tools, overseeing production in the hydraulic division of well-known Stanley Tools. For the past six years he has served as the Assistant to the Operations Supervisor and has often filled in when the supervisor was away – often for long periods of time when his supervisor was dealing with serious medical issues. He knew the job, backwards and forwards. He is highly respected and admired by his peers and the management. Big changes began to happen and suddenly my sweetheart was thrust into the Operations Supervisor position without warning. A new boss arrived to follow leaner guidelines from the corporate office during tough economic times. A lot of big changes continued to happen. Over the past months my sweetheart has spent many long hours after the day shift left for home, pouring over lengthy reports and determining where things were in the process and working hard to assure timely delivery of orders. The swing shift stopped being surprised that the light was on in his office well into the night! I never knew when he would be able to come home at night – often extremely late into the night to get a few hours of sleep and return again before most of the day shift arrived. Fortunately the orders began to increase and some laid-off workers were called back but the pressure to keep up continued to be heavy. I watched as my dear one learned and grew and expanded in his field of work and as he struggled to learn new computer techniques to streamline the process he was required to carry out. He has done an admirable job and early in the transition time he applied for permanent promotion to the position. Not long after the interviews began he realized he really didn’t want to do this job for the next two years until he can retire. Some friends advised him to withdraw his name but he didn’t have a sense that he should do that. Others from outside the plant were interviewed and time lagged on as I watched him struggle to have the energy to keep up with life. He and I committed this decision into God’s hands and asked for His wisdom and direction if the position would be offered. We truly hoped they would find a great candidate who could bring the needed changes to the company, allowing my sweetheart to go back to the job he is very capable of doing as well as continuing support to the new person.

Two evenings ago my sweetheart came home with news that someone has been hired. I saw the twinkle in his eyes and I immediately recognized the scope of his relief that he only has a few weeks to continue this pace before the new Supervisor begins the job. Company management expressed appreciation and admiration for the way he stepped into a very difficult situation and made things work the best way possible. The ‘big’ boss explained that they felt the need to hire someone with experience in a certain type of production management in order to make changes needed and bring positive outcomes during these lean times. My sweetheart and I are SO relieved – there is no way to tell you how much pressure is gone! That evening he began to laugh and smile more than I’ve seen over the past months. Then he pulled out his pocket calendar and began to plan fishing and camping trips and vacations! We are going to make several ‘long’ weekends - Friday through Monday – throughout the summer and fall months. And we have grand plans for things we’d love to do. I saw the biggest change when he looked at the two-year calendar at the back of his planner and began to plan the exact day of his retirement in two thousand and twelve!! We laughed and nearly cried as we began to realize how God has carried him (and us) through these weeks – all the time having a plan for our good. Now we are looking at things in a far different way than before. We are planning things that need to be simplified and things we need to let go over the next two years until he can retire. Suddenly we giggled in amazement that we are even at this stage of life! We wonder how it all happened so fast. Wasn’t it only yesterday that we were just starting out? Full of hopes and dreams? We still have hopes and dreams but they are different than all those years ago.

I’m wondering if I should craft a big calendar and begin the countdown! Perhaps it’s a bit premature! But it’s a thought! We are blessed beyond comprehension and God is so good to watch over us and lead us and guide us and go with us on life’s journey. While plans could change and things may have to be rearranged we are confident of this one thing – more than ever before – we are in God’s hands and there is no safer place to be.

Edited to add: My sweetheart called me a bit ago to tell me that the 'big' boss and the Human Resources Director called him in to tell him that his next paycheck will have a nice bonus for all of his hard work and commitment! As I stood there listening to his words my mouth literally fell open! I am SO proud of him – always - but it thrills me when others observe and realize what a wonderful man he is. Not everyone who has integrity and strength is rewarded for their hard work. It is a special thing when they are. I suggested that he shop Craigslist for the better fishing boat he has dreamed of finding someday!

Written by Adrienne at 7:06 AM
Labels: From My Heart