Something Strange Is Going On

It was an average day.  A normal day.  A stay-at-home day and I was moving right along getting some housework done.  Laundry was calling me and I had one load out of the dryer and the second one was started when something very strange happened.  I sat on the sofa to fold the clean towels but soon I was called away to the phone.  When I returned I noticed something that hadn’t been there before.  What was this?  What was going on? 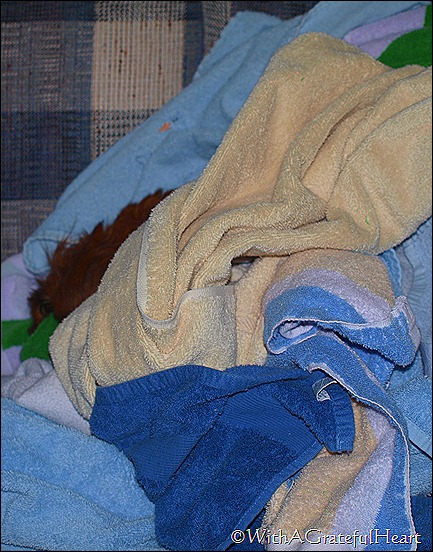 Taking a closer look, I knew.  Mr. Joey had taken advantage of the situation.  A load of fresh, soft, warm towels just out of the dryer was the perfect place to snuggle down for a nap!  He had burrowed his way in and just his head was out. 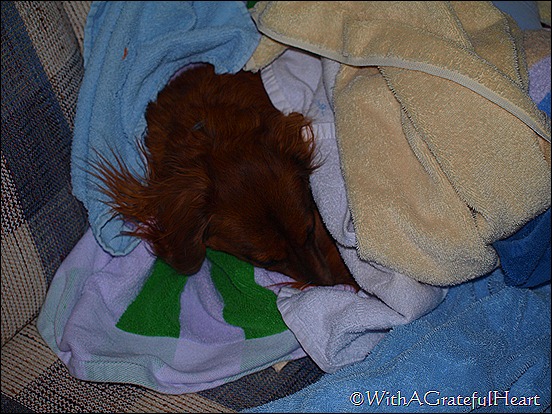 When he realized he had been found he stood up and looked the other way! 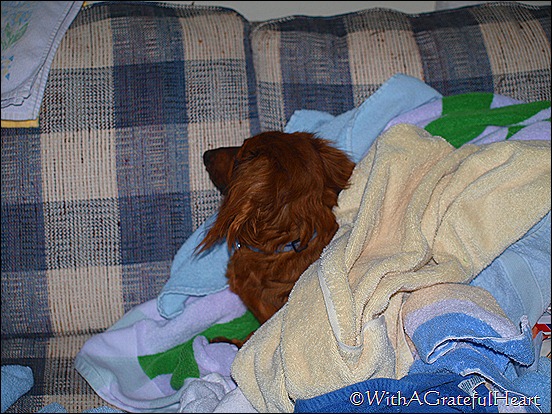 Silly dog!  What was life like before he arrived at our house?  I know what it was like – it was more predictable.  Not so many funny, furry surprises!

Now, if I could only teach him to fold the towels!
Written by Adrienne at 5:45 AM
Labels: This and That