The Best Kite Of All

Two weeks ago we drove to the Oregon Coast for an overnight stay.  As we entered the town of our destination I spied a sign that read: ‘Kite Festival – nine to four’.  That day and the next.  A glance at the clock in the car told us that the festival has just ended so we thought we had missed it.  Checking in at our motel and getting ourselves settled a bit didn’t take long.  We were anxious to head to the festival area and take a look.  Was it possible that some of the kites would still be there?  Since it was along the way to our favorite chowder restaurant no harm would be done if we didn’t see a thing as we passed by the staging area.  As we approached the parking lot it was obvious that there were still kites in the air. 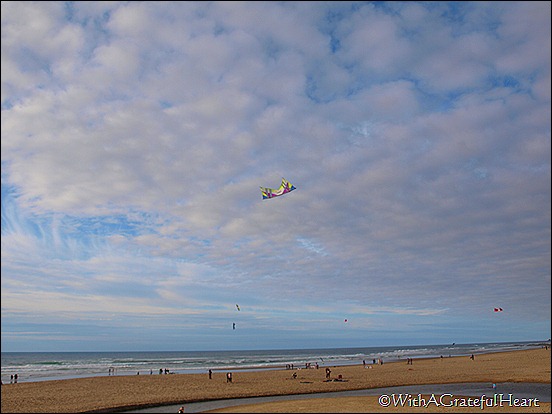 We stepped out of our car and moved toward the walkway above the beach. . . and then I saw it!  It was big.  Gigantic.  Round and filled with color.  I had never seen anything like it before! 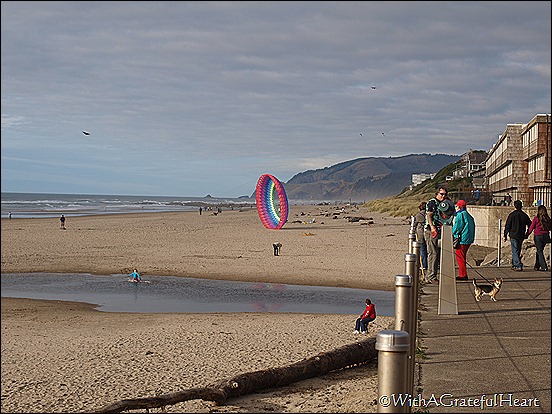 Moving toward the end of the walkway and finding a spot where I could get closer I suddenly felt as if I had been transported to a new realm of fascination.  It danced and it twirled – gracefully lifting and falling with the wind. 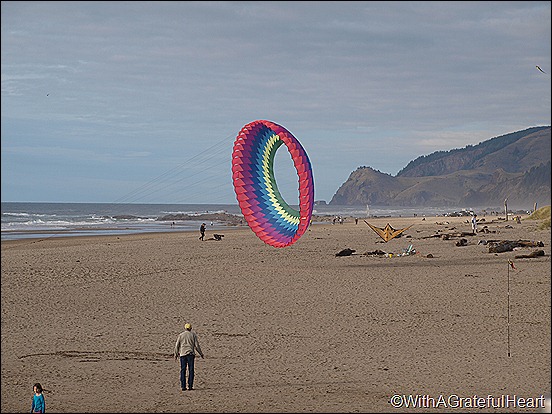 It was anchored in the sand.  No one seemed to be in charge of its movements.  There it was - just a beautiful big rainbow of color.  The weather was just right – a perfect day to fly a kite. 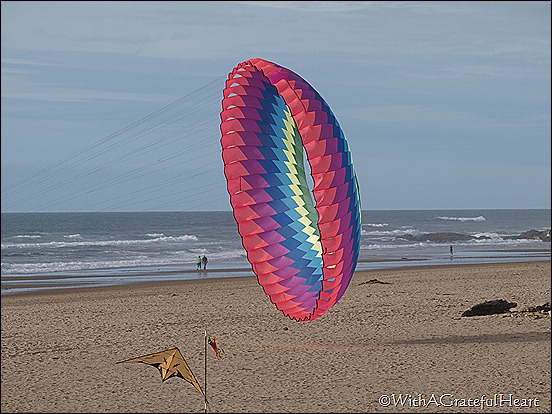 We got a little closer and then we walked along the beach in the opposite direction.  Often I found myself turning around to see where this beauty might be.  And then we went back to see it again.  It was still there, drawing the attention of everyone who stopped by. 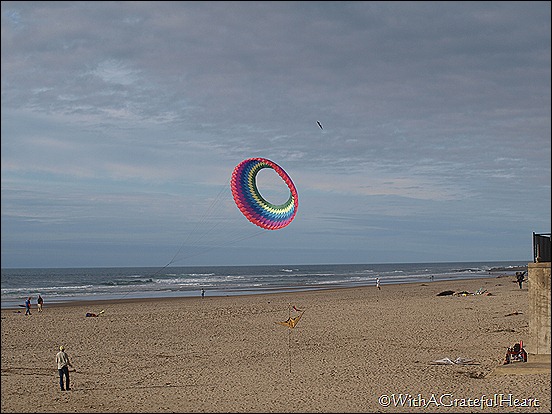 At times the wind lifted it up high. . . 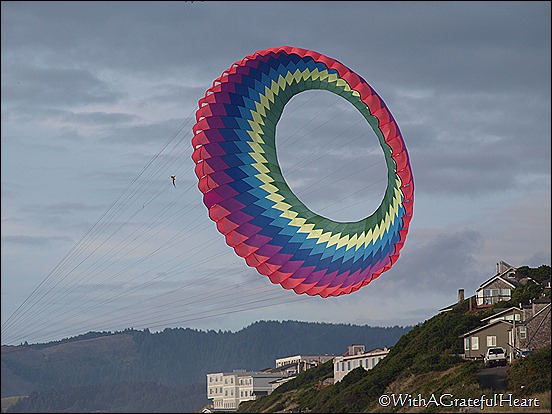 And when the wind died down it drifted down to touch the sand again. It was impressive.  No doubt about that.  Up and down.  All around.  But it wasn’t the kite that captured my heart most of all that day.  Just a ways away – totally oblivious to the attraction of the giant kite – stood a very small boy.  His little hand tightly held the string of a simple, little kite flying high overhead.  His sweet face was filled with pride and he smiled because in his heart he knew what I knew - his kite was, by far, the ‘best’ kite of all! 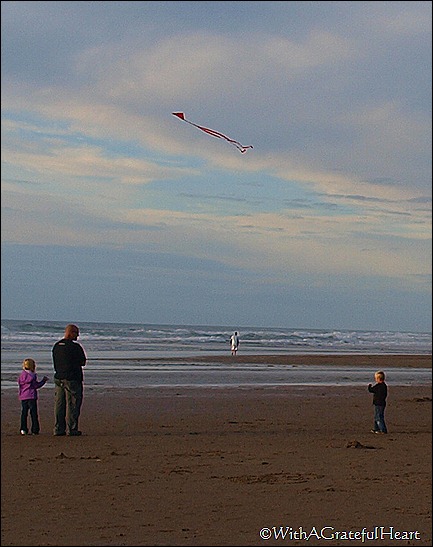 Written by Adrienne at 6:31 PM
Labels: Out and About