Light On A Dark Day 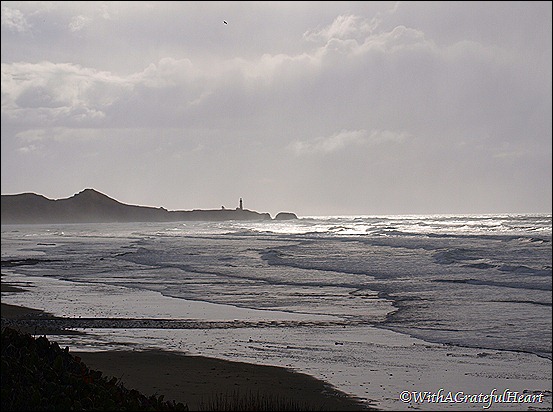 I’ve been away for a few days.  Life took a turn – again – and I needed time to go down a new road.  Four years ago my dear cousin’s husband became very ill.  Mr. V’s kidneys failed and he started dialysis three times a week.  Every week.  It was hard on him and took quite a toll.  Over time the effects on his body made us realize how fragile life really is.  He was on the kidney transplant list and as time moved along we began to wonder if our prayers and hopes for a new kidney would become reality.  All of us – including Mr. V and his sweet wife, Mrs. C – continually committed him to God’s care.

Part of the process to prepare for a transplant was to find a support team to be there to help in any way possible when the kidney arrived and in the months after.  Mrs. C and Mr. V asked my sweetheart and I if we would be their support team.  There was no doubt in our minds what our answer would be.  Yes, we would be there for them.  For the long haul.  We attended a class at the hospital with them and learned about the process and what the procedure would involve.

We waited.  And waited.  And prayed.  And prayed some more.  In July the call came that a kidney was available.  We grabbed our already-packed bags and headed to the hospital.  And we waited.  And waited some more.  It was what we later would call ‘the dry run’.  Potential problems prevented a transplant that day.  As we left the hospital that day we didn’t fully understand what had happened but we had no doubt that God knew something we didn’t know! Over the next days and weeks we talked and evaluated and reviewed that day at the hospital.  We tweaked our plans and made changes in the way we wanted to handle things.  Things like communication with family and friends and business associates.  Things like how much to pack in our bags that we would carry around the hospital. (We had taken w-a-y too much!)  We thought we had it all figured out.  Now we were ready!  We knew exactly what we were going to do.  Or so we thought!

Then, two weeks ago, when my sweetheart and I were out of town for a long weekend to celebrate our fortieth wedding anniversary, late at night on the day we checked into our motel, Mrs. C called to say ‘the kidney’ had come.  Surgery was going to happen in a very short time – everything was ‘go’.  We said we would check out of our motel and head home immediately.  No – that’s not what they wanted us to do.  Mrs. C and Mr. V had discussed it before she called and they wanted us to stay at the Oregon Coast and spend the weekend together, as planned.  I didn’t sleep much that night.  I woke often and prayed.  For Mr. V – for the doctors – and for dear Mrs. C who waited through the night alone.  We had to trust God to hold them close.  My heart found comfort in the knowledge that this didn’t take God by surprise - He knew all along that the kidney would come that day and He had given us peace about going away for the weekend.  Phone calls back and forth the next day kept us in touch with Mrs. C.  The news was good - surgery had gone very well.  The doctors were pleased with the way things were going.  And the news that comforted my heart was the fact that Mrs. C and Mr. V’s son had been able to get a flight from out of state to come right away to stay for the next few days.  We were very aware that God was orchestrating all the details.

We left for home two days later and drove straight to the hospital.  That began many long hours of waiting and praying and giving love and support to Mrs. C.  The support we gave brought comfort to both of them.  Mr. V was in Intensive Care longer than expected.  He struggled with severe reactions to medications and, after much prayer for guidance and wisdom for the team of doctors, we began to see an incredible turn of events.  Last week I drove Mrs. C to and from the hospital in Portland every day and I sat with her in the ICU waiting room through the hours of each day.  I was there to help and love and listen and hug and pray.  Sometimes I ran errands for her and took care of business that weighed heavy on their minds.  My sweetheart went to work each day but he stayed close to the phone.  We were thrilled when Mr. V moved out of ICU into a ‘regular’ room late last week and we were totally amazed when he went home from the hospital two days later.

Recovery is progressing well.  Mr. V has a long road ahead of him but we are confident that God will walk that road with him.  Looking back on the last two weeks, I’m so amazed to see how God touched the lives of people all around us.  I am more aware than ever before that we can make plans, tweak them, streamline them and think we know exactly what we will do – but, in the end, God does something that takes us by surprise.  I think He may have watched us make our plans and smiled and said, ‘Watch Me – I’m going to do something you can’t even begin to imagine’.  It is God who maps out the path we take.  When we follow Him, we can’t go wrong.  We may think we know what’s best but only He can see the road ahead.  He sees the sunshine and the shadows on the road we take and He lights our path.  He shines His light on our dark days and floods our hearts with peace – and we know all is well because He planned that way.
Written by Adrienne at 12:35 PM
Labels: From My Heart