New Traditions In The Making

So many of you shared your lovely Christmas decorations on your blogs and I was inspired! Inspired, yes.  Motivated to do more than I did, no. This Christmas was different - far different - than planned. It came quietly and here we are facing the end of the year and looking forward to turning our calendars to another new year.

This Christmas was the first one without my dear, little mother and, even though I knew it wouldn't be easy, I had no idea how very hard it would be! I had plans - oh, how I had plans - but we didn't do any of them. Instead we did some other things. New traditions, perhaps.  Good things with family that helped all of us celebrate time together.

Mid-December found my sweetheart and I traveling to the South Coast of Oregon to visit my dear cousin and her hubby. We visited them early in December last year and had such a good time. During that visit she and I became aware of an annual event in their community that we wanted to do. We missed it last year so we started planning to do it this year. And we did! A gorgeous, old silent movie theater in her town has been restored. The original pipe organ that was played during the silent movies era is still there! It was in need of restoration and many long hours have gone into restoring the pipes and bellows, the miles and miles of connections and cables. One Saturday afternoon each December a free Christmas concert is presented to the community by two organists who know the old organ very well. And that's where we wanted to be on that Saturday this December!  We arrived early enough to choose good seats. I played some pipe organ in my college years and I knew I wanted to be where I could see the organists hands and feet and watch as keys were played that made the music resound through the pipes high overhead. There is nothing quite like the sound of a pipe organ - unless it is the opportunity to play one!  There is was. The Mighty Wurlitzer! 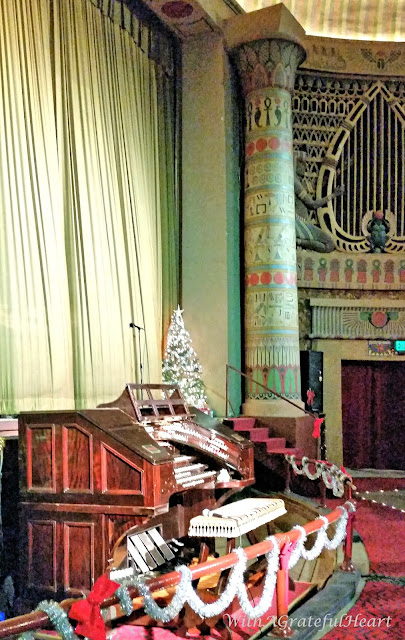 Photos taken inside the old theater with my cell phone don't do the organ or the theater justice. I  walked over to get a closer look and the anticipation of what we were about to experience began to seem real. 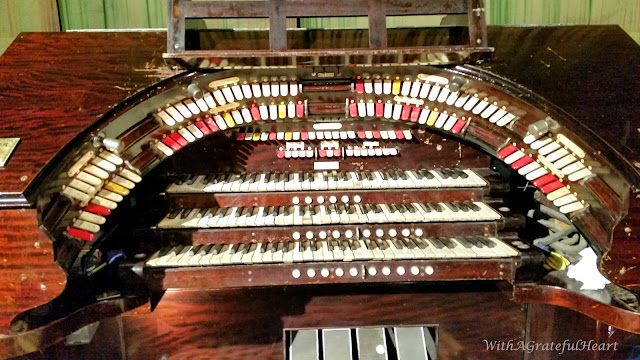 It wasn't long before the first organist - a very talented lady - stepped up and began to play. She has a special history with this old organ. She grew up in the area and spent many hours at the theater during her high school years so she could play the organ. She went away to college to study music and then returned to teach music in her hometown. She is part of this special concert every December and has been for many years.  The music she played filled the theater with such happy sounds. 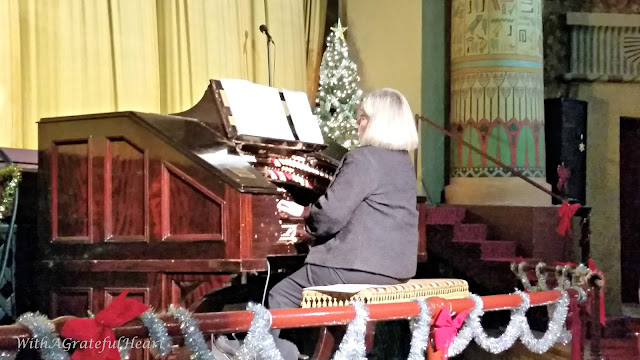 The next organist was introduced. Not only is he an organist - he's the man who has done the restorations so he knows this old organ better than anyone else.  His style was very different than that of the first organist and such a complement to what we had already heard. He had an amazing sense of humor that rang out loud and clear through his music. 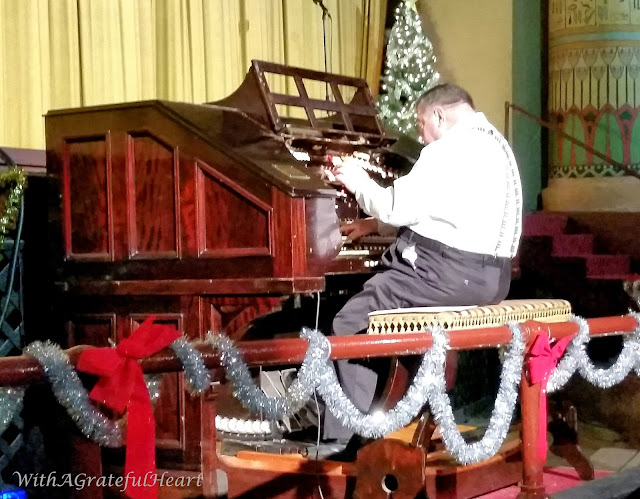 After a brief intermission we joined him for a Christmas sing-a-long. The sound of our voices and the mighty organ filled the theater. 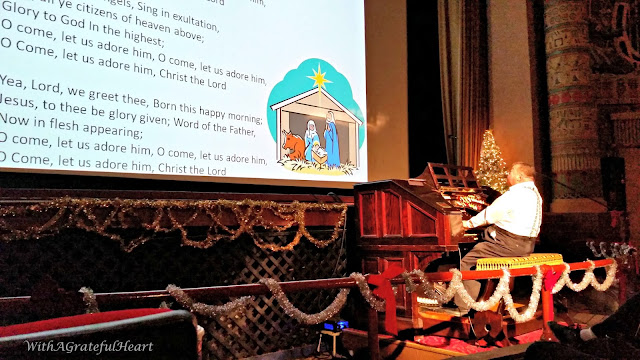 As we shared the rest of the day with my cousin and her hubby, we four decided this just may have to be a new tradition for our holiday season for years to come.

Soon after our return home we began to prepare for more travels out of town.  Our son and daughter-in-law had invited her parents and the two of us to share a vacation rental home in the central part of our state. What fun we had for three days with our dear ones, including four of our grandkids plus our oldest grandson's best friend.  The home was wonderful and just perfect for us.  Five bedrooms. Four bathrooms. A living room. A game room. Huge kitchen. Something for everyone. Room to spread out and relax. We stayed in the room with the bay window on the left. 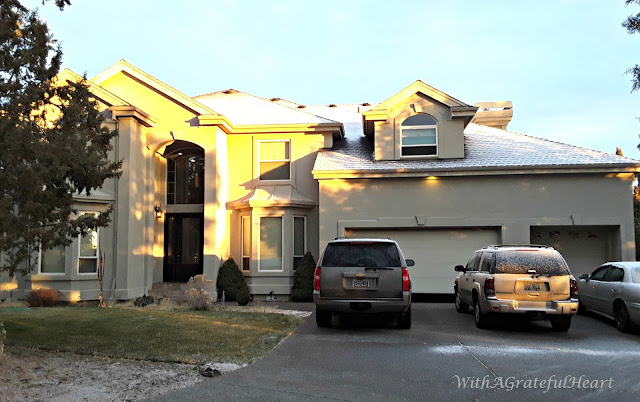 The house had been decorated for the holidays and Christmas music filled all the rooms when we arrived. 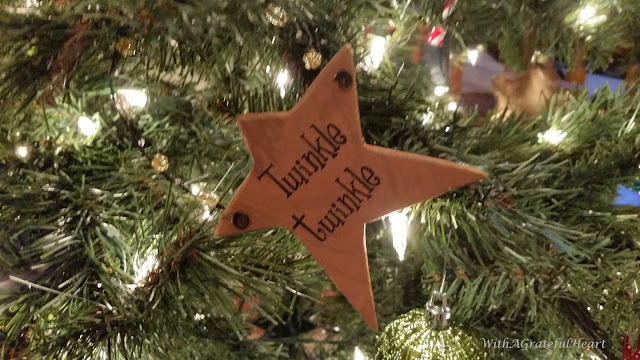 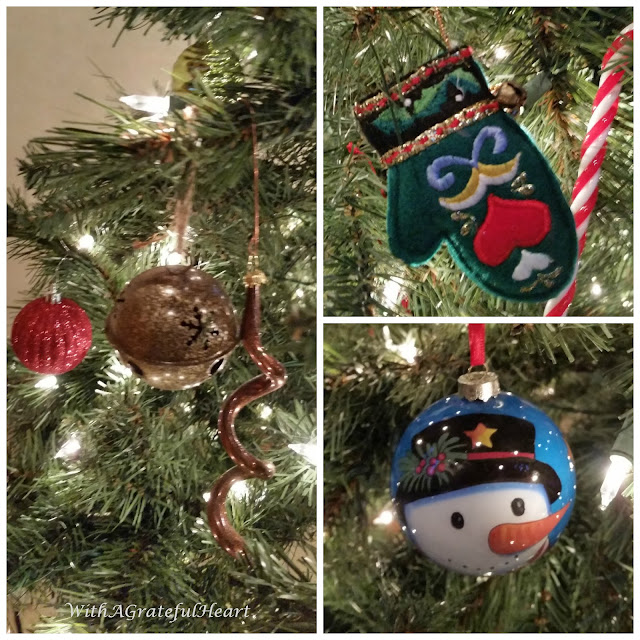 This vacation rental home is part of a large resort. This home sits along the golf course and nearby are other activities - swimming, racquetball, a full-sized gym, fitness rooms and more. The teen grands spent a lot of time in those activities and the younger grands enjoyed swimming and a short game of golf on a smaller course. 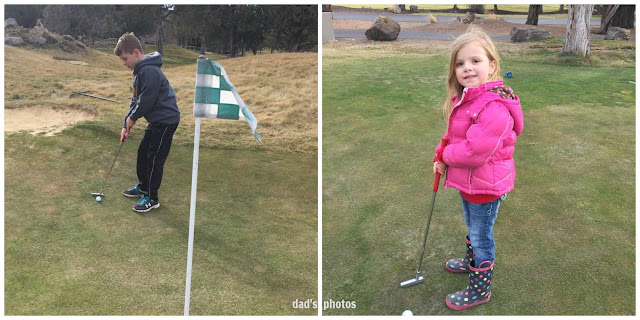 When the older grands weren't out and about they were busy finding things to do back at the house. There were board games and card games and memory games and ideas thought up from below and above. 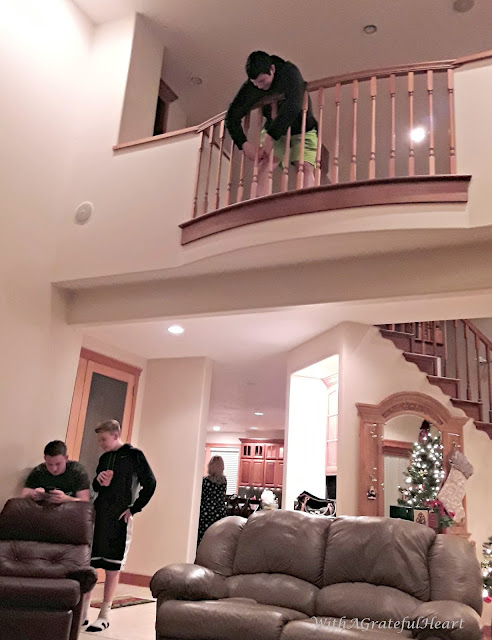 And in the family room - a pool table. Hours and hours of pool games. Games perfected. Some not so much. While the younger set was out and about the grandpas ruled the pool room. 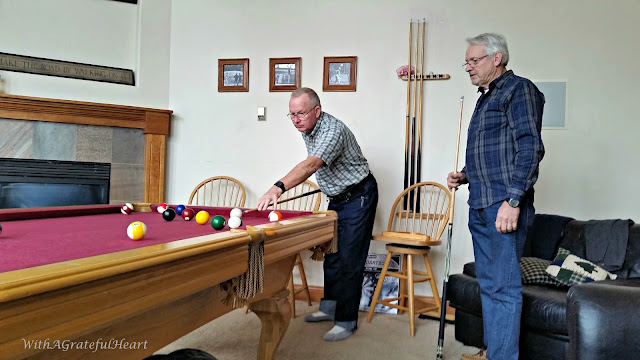 And in the kitchen - food.  And more food. Christmas goodies galore. Snacks and nutritious meals. A walk-in pantry temporarily filled during our stay.  In the evenings it was interesting to see the grands and some of the adults retreat to the living room for quiet activity. Adult coloring books took center stage. Some handcrafts were on the docket and, of course, a silly game or two. There were treasured conversations sprinkled throughout our time together and the bonds of relationships secured tighter than before. The evening before we left a light dusting of snow began to fall. I will never forget the excitement in our youngest granddaughter's voice when she looked out the window and then turned and squealed, 'Grandma - it's SNOWING!!!'  Early the next morning the sun began to shine as preparations were made to head home. 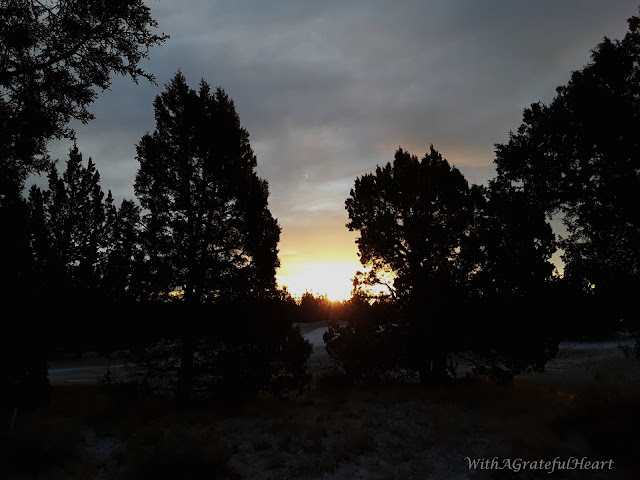 And just after daybreak, a familiar sight outside our winter retreat home. Deer! Two, at first, and then many. All watching us and not afraid as long as we kept our distance. 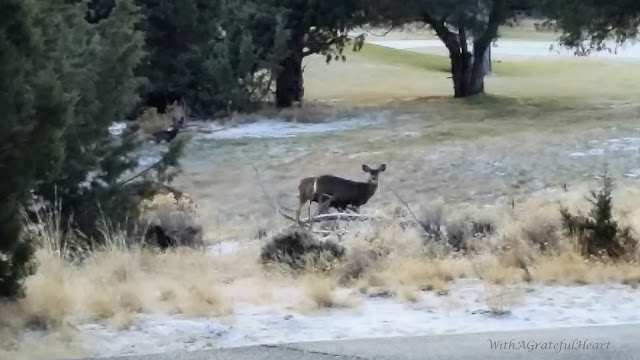 Our belongings were packed away in our cars. Hugs were given and promises to return again. Perhaps this, too, will become a new tradition for our family. That seems to be a good plan. Time away - time together - time to share old memories and make new. Time to step away from the busy-ness of the season for quiet time together. 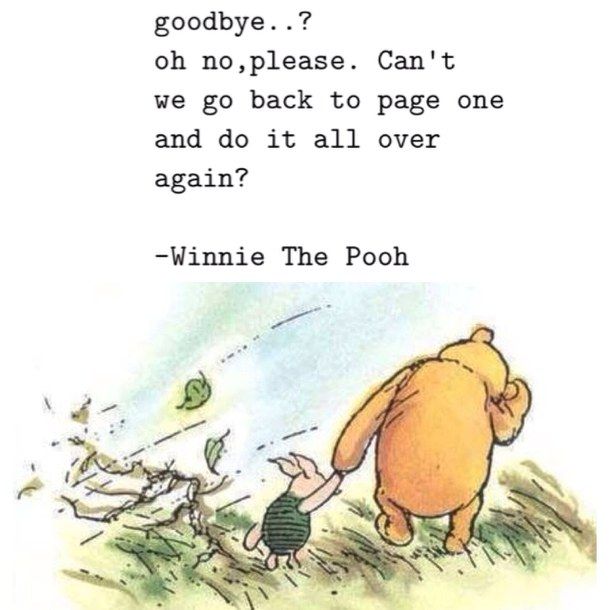 Written by Adrienne at 2:54 PM
Labels: Holiday Happenings, Out and About