Recently I shared here about our son's travel to Europe with a special missions team and I asked you to pray for their safe travel. Thanks to our son, Mr. J., for urging me to join Facebook where I've been able to see photos and read updates of their travels and experiences while overseas. The first few days they were in Amsterdam where they met with missionaries, pastors and church leaders to discuss the work they are doing in their part of the world. They attended and participated in church services and heard incredible testimonies of the faithfulness of God. They have been challenged by the passion and experiences of many of the people they met. They have had opportunities to tour the area and see many famous places. Oh, how I wish I were there, too! 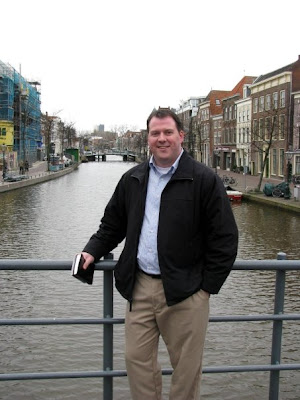 The last few days they have been in Brussels. While there they have spent time and stayed at the Continental Theological Seminary. The seminary is in Sint-Pieters-Leeuw on the grounds of the former Rattendaal castle. The history of the property can be traced back as far as 1174. Through the years, ownership of the property passed through many hands. During World War II German forces occupied the facilities, and after the liberation of Belgium, it became a school for Jewish young men. It was purchased in 1977 for the theological seminary. 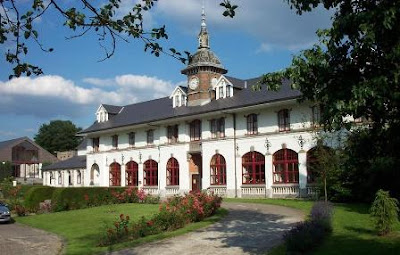 While in Brussels, they met with the seminary president, spent time with the students and attended their chapel service. One of the missionaries took them on a nighttime tour of Brussels. Yesterday they visited Waterloo, the battlefield where Napoleon was defeated (The Battle of Waterloo), they saw where the Communist Manifesto was written and many more historical places. They spent time at the European Ministries Center meeting with ministry leaders who are reaching out to the people of Europe. Returning to Brussels for the evening they attended a service at the Latin American International church service which was formed by a group of about 500 Latin American immigrants. The services there are in Spanish. The Oregon District Superintendent, the head of the team, spoke and they had the honor of praying with some of the people at the close of the service. Today they head back to Amsterdam and will stop to see Corrie Tennboom's house *. 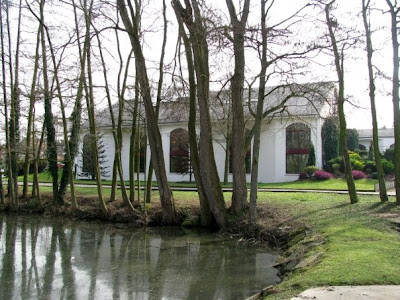 The chapel at Continential Theological Seminary
What a blessing - and a comfort - to this mother's heart to have the privilege to share in their updates and to see their faces and some of the places they are visiting. Most of all my heart is touched to know that they are making a difference by being there - a difference in the lives of the people they have met. And a difference in their lives. They will never be the same again.

Thank you for your prayers and your emails inquiring about their status. It means much, not only to me but to each one on the team.

*Cornelia Johanna Arnolda ten Boom, generally known as Corrie ten Boom, (April 15 1892 – April 15 1983) was a Dutch Christian Holocaust survivor who helped many Jews escape the Nazis during World War II. Ten Boom co-wrote her autobiography, 'The Hiding Place' which was later made into a movie. In December, 1967, Ten Boom was honored as one of the Righteous Among the Nations by the State of Israel.
Written by Adrienne at 10:10 AM
Labels: From My Heart