I have shared before that I am a chaplain in care centers, assisted living residences and retirement communities. I have served as a Hospice chaplain and I also minister to people in adult foster homes and private homes. On my sidebar you will see part of my chaplain badge and notice that I minister through Love Your Neighbor Ministries, an organization of chaplains in healthcare settings.

This evening I will be part of the team who will share our ministry at a banquet. I’ve been part of the ‘behind-the-scenes’ group of people who have put all the details together. I was asked to be in charge of all the music and that was a simple task for me. Music is an important part of my life and ministry. And I have the privilege of joining two other chaplains to share a bit about our ministries. 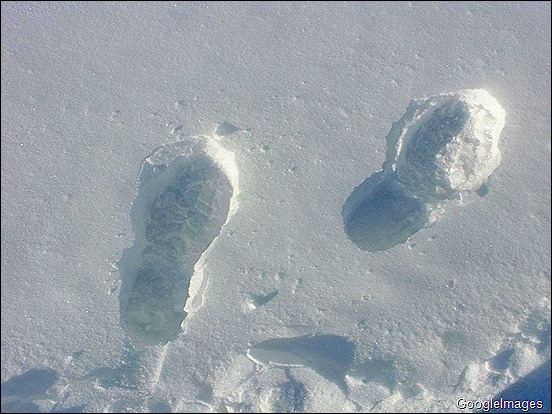 Following In My Father’s Footsteps

When I was a little girl I often tried to walk in my father’s footsteps. His footprints seemed very large and so far apart as I jumped from one to another in the snow. Hard as I tried I could never take such big steps! Years later as a young adult I realized that I had finally grown tall enough to walk in his footsteps.

Over three years ago [now eight] my father went to be with the Lord after nearly sixty years of ministry. My dad, Jim Thompson, was a chaplain with Love Your Neighbor Ministries for the last eighteen years of his life. Before he became a chaplain my mother, Carol, served as secretary to Dwight Kinman, founder of Love Your Neighbor Ministries. As I learned of the needs of people in healthcare settings I was deeply moved by the loneliness and abandonment of many elderly people in nursing homes. At times I joined Dad in his ministry, often during the holidays. It was a special treat for me to go with him and play the piano and sing.

Several years ago I began typing Dad’s ministry newsletter. At first it was a special way I could be part of his ministry – I was glad to help, but through the years I began to notice a change in me. As I typed the newsletter I wondered, ‘Who will minister to these precious people when Dad can no longer do it?’ I prayed that God would prepare someone to meet the need when Dad could not be there. My thoughts continued to change and one day I found myself saying, ‘Oh, Lord, I wish I could fill the empty place that will be left when Dad is not there.’ It seemed like an impossibility – I am not a preacher like my dad; I do not teach Bible Studies like he did; I have a different personality; I had to work fulltime; there’s no way it could happen!

A few months before God took Dad home to Heaven I read new statistics about the elderly in our world and predictions of future growth of the older population. I read how churches can minister to the needs of the elderly but I realized that the needs are not being met. I began to sense a deep desire to minister to the elderly, to shut-ins, to people in healthcare crises and those with illnesses that confine them at home for long periods of time. As I watched my parents deal with health issues that kept them at home for many weeks, sometimes months, I noticed after a short time that people stopped calling, sending cards and letters or coming to visit them. I became aware of the loneliness and the feeling of isolation that can accompany times of illness.

God has blessed me with a ministry of music and has given me many opportunities to play and sing in my church and other places. I began to sense that God had something else for me to do with my music gifts. As I asked Him to show me what He wanted me to do, I became aware that He was leading me to play and sing for the elderly and people in difficult health situations. During Dad’s last week with us I had the privilege to sit beside him and sing the old hymns he loved so much. That experience changed my life! I sensed God calling me to minister in music to people in similar situations. Not long ago God opened the door for me to follow His leading into that ministry.

One day as I shared God’s leading in my life with Dave Compton, Director of Love Your Neighbor Ministries, he told me about an area that had no chaplain – when he described the area I realized it was where Dad served as chaplain. He challenged me to consider the possibility of filling that vacancy. When I told him that I am not a preacher like my dad, or a Bible Study teacher, he replied. ‘You don’t have to fill your father’s shoes but you can follow in his footsteps! That is what God has led me to do. I left my fulltime job in the business world to begin a new ministry, serving the Lord with music that touches the hearts of the listeners and draws them to the Savior. Once again I will follow my father’s footsteps – not only those of my earthly father but the footsteps of my Heavenly Father who goes ahead of me and leads me one step at a time.

(Now each week you will find me leading Bible Studies, singing the old hymns with the dear folks in care centers and assisted living facilities, praying and visiting with them. They have become so precious to me – they are friends I may never have known if I had not followed in my father’s footsteps!)

Written by Adrienne at 12:51 AM
Labels: From My Heart