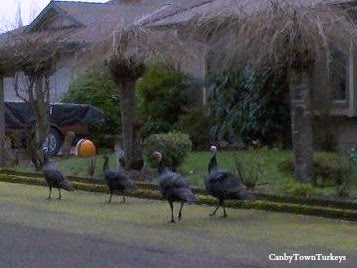 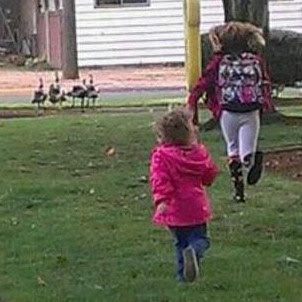 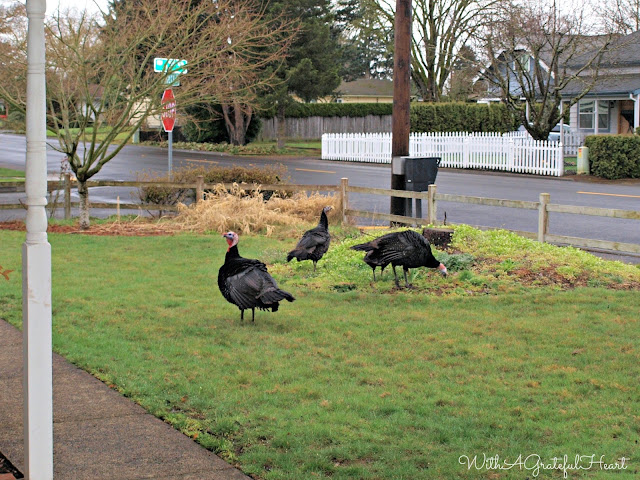 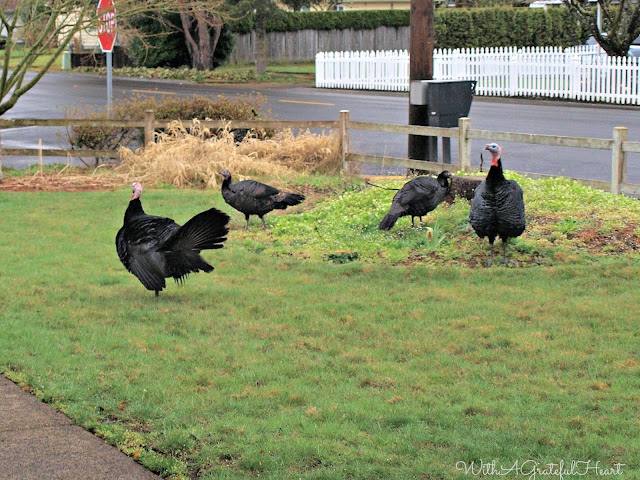 So, now we can say we’ve had the experience of a visit from the Canby Town Turkeys!  Now, if it had only been closer to Thanksgiving Day – hmmmm. . .I wonder what would have happened?
Written by Adrienne at 2:10 PM
Labels: This and That