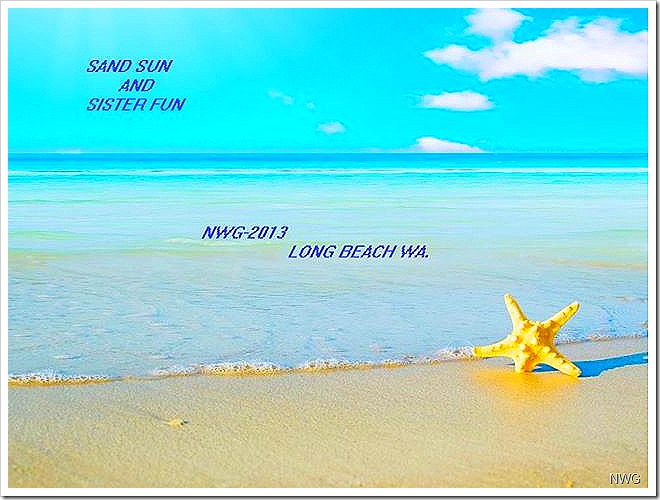 Last week I took you on a tour of vintage trailers from the recent Sisters On The Fly Eighth Annual Northwest Gathering.  I haven’t told you much about our activities and I can’t wait to tell you what we did during our days together.  Of course you know we camped with our trailers – vintage and otherwise. 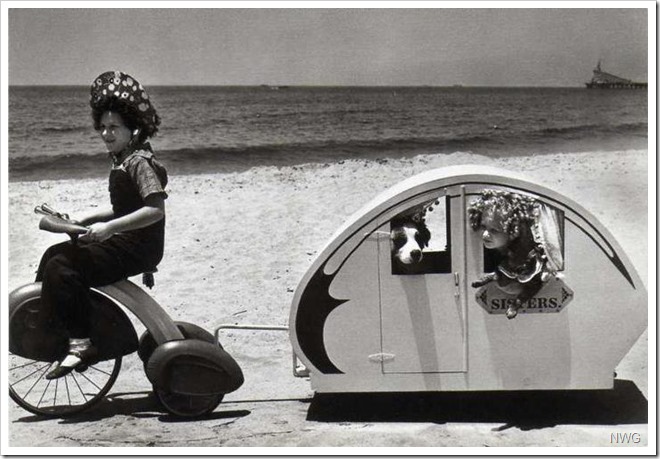 We ate wonderful meals together, shopped and played a bit in the coastal towns nearby, chatted and visited until we dropped into bed late at night and we played on the beach. 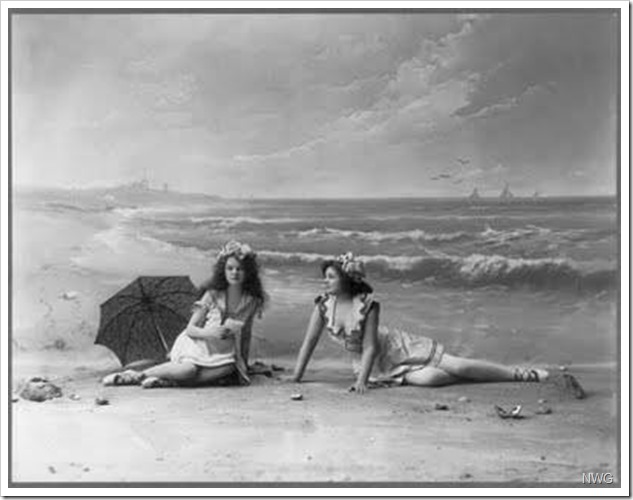 We enjoyed ‘welcome’ bags full of goodies that greeted us when we arrived and we looked forward to special gifts at breakfast time each morning.  We laughed.  And we talked.  And we shared stories.  We made new friends and deepened ‘old’ friendships.  We sat around campfires long into the night. 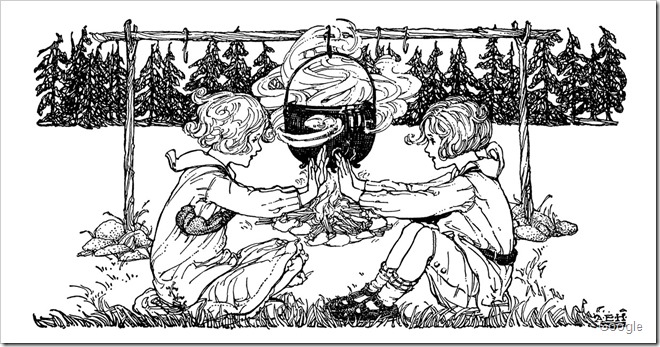 We even had a vintage swimsuit contest! 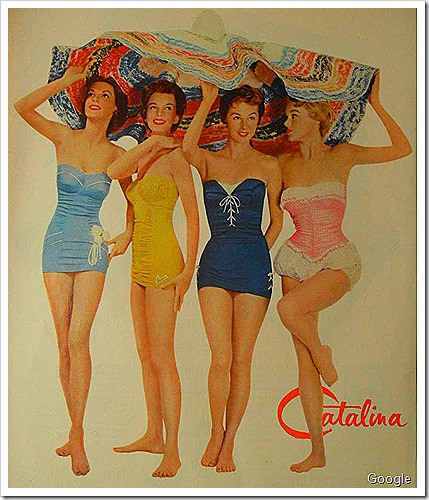 Did I say we had fun?  More fun than anyone?  The days went by so fast.  The people of the Long Beach Peninsula in Washington State were incredible.  They gave of themselves and their businesses for us.  We visited some shops more than once.  The local paper did an article about our visit.  People came by to see our trailers – and to talk a bit.  But before we left the area it was time to give back.  To leave a bit of ‘us’ in that area.   Each year the gals at Northwest Gathering raise money for a charity that is local to the area where the gathering meets.  We leave something behind to benefit the people who live and serve that part of the world.  The Gathering Hostess – the Sister who is chosen to head it all up each year – chooses the charity.  An auction is held near the end of the gathering and all proceeds – every single penny is given to that charity. 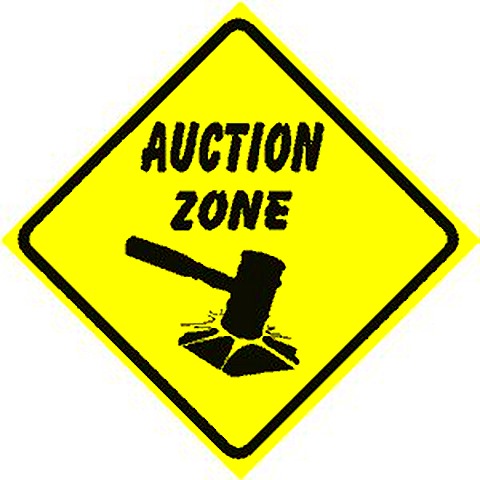 Sisters all bring items to be auctioned.  This year some items were chosen for a silent auction.  We raised seventeen hundred dollars through a two-hour silent auction on Saturday afternoon.  Saturday evening was the ‘big’ auction.  It was an incredible experience – one I’ll never forget.  But I’m getting ahead of myself!  The charity chosen this year was Camp Victory, a private nonprofit organization that has created a special place – a camp - for girls from the Long Beach Peninsula who have been sexually abused. This year they added their first boys camp.  You can find more information on their website here.  The director and staff spent Saturday afternoon with us.  They looked at our trailers and visited with us and joined us for dinner.  After dinner – before the auction – they told us about their program.  We laughed and sang camp songs with them – and our tears fell as two beautiful young ladies who had been part of the program for several years told us how Camp Victory changed their lives and why it means so much to them.  Then the auction began!
Going – Going – Gone!
I have never experienced anything like this!  I have been part of fundraisers before but there are no words that can adequately describe what happened that evening.  I was not prepared for what was about to happen!  I watched as women reached deep into their pockets – and their hearts – to give to children and teens who need someone to believe in them.  To help them believe in themselves!  I watched as gals bid against themselves, upping the total for some items.  I watched as competition was fierce for certain items.  I watched as the number climbed higher and higher and I saw tears roll down the faces of the Camp Victory staff members.  I could hardly believe the dollars that were given.  It was energizing.  It was something to be proud of!  The auction went late into the evening.  When we headed for bed we didn’t know the total money that had been raised but we were anxious to know. 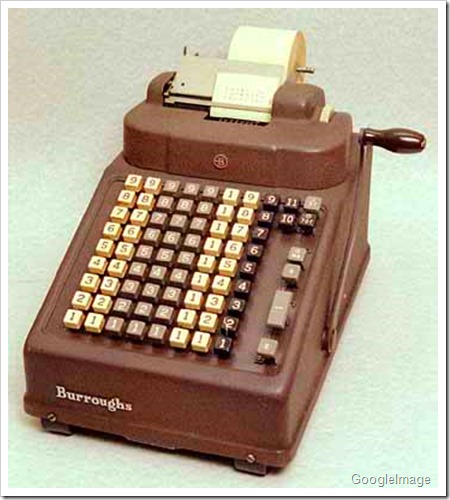 After breakfast the next morning our Hostess stepped to the microphone to make her ‘usual’ morning announcements.  Tears began to roll down her cheeks as she began to speak.  She told us she had set a personal goal – an amount she hoped to raise for Camp Victory – and she had told no one what it was.  She said we had exceeded what she had hoped for!  She said she didn’t have the bids all tallied yet  - and her tears came faster and harder.  The total count so far was thirty thousand dollars!  We stood.  We cried!  We jumped up and down.  We clapped.  We hugged each other.  We cried some more and we laughed with disbelief!  One hundred and fifty women had done something SO special – and we were proud to be Sisters together for this cause. 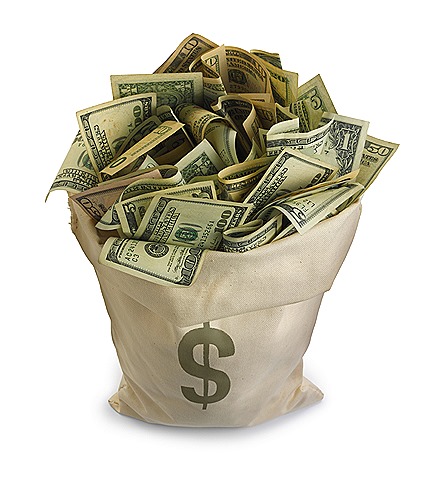 A few days ago an email came to each of us from our Gathering hostess.  She told us that the grand total – the amount of money that would be given to Camp Victory to help boys and girls who so desperately need a place to be kids – was thirty four thousand, one hundred twenty dollars and twenty two cents!  My tears started again as I read that email to my sweetheart.  It happened again a few days later when an email came to tell us that the check had been delivered to the staff at Camp Victory.

My heart has been so touched with the needs that are met through this organization.  They emailed each of us shortly after they received the check.  The email was sweet – filled with gratitude for our gift.  We knew it would make a difference in many lives – lives that have been touched in ways no child should have to comprehend.  I stand a little taller – and prouder – because I’m part of a group of Sisters On The Fly Sisters who chose to give back to the community that provided so much to our lives for a few days at the beach one summer.  We were filled with emotion as we headed home that day.  Our hearts were overflowing.  So were our tears.  We will gather again next year - in another place – and we will give back again to make a difference in that place. 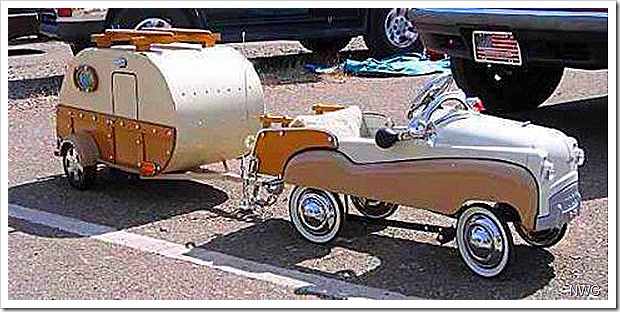 Written by Adrienne at 12:30 AM
Labels: From My Heart, Out and About