Pearls In The Sun

I told you that my sweetheart and I recently made a quick day trip to Central Oregon and I told you about the old school where I attended back in the day.  It was a day made for us - a much-needed break.  We live in Western Oregon, which I love.  We have a lot of trees and fields of agriculture and the Oregon Coast not far from our home to the west.  The Cascade Mountains are not far to the east.   But, I grew up in Central Oregon - and I went back to visit many years later and met my sweetheart there - so that part of the state has a special meaning to both of us.  We love the beauty of that part of the state and it keeps calling us back.  The mountains between here and there are part of that beauty.  The day started out rainy and gray here in the valley but it changed as we crossed the Cascade Mountains that divide the valley from the Central Oregon desert.  Inspite of the weather, there was beauty on this side of the mountains.  We drove past neatly laid out green fields. . . 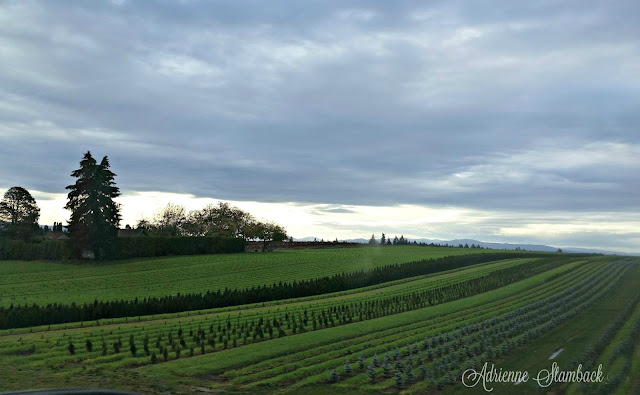 Past a vintage church in a small town. . . 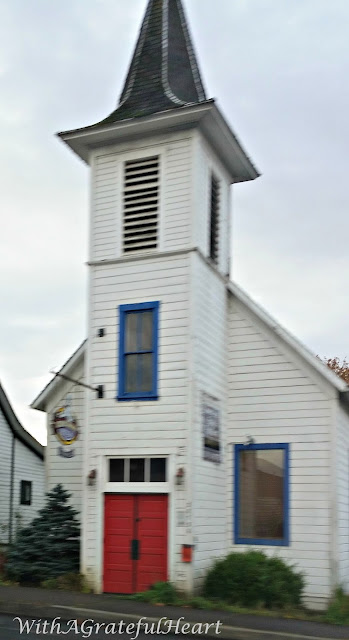 And on roads that wound through towering evergreen trees on the western slopes of Mt. Hood. . . 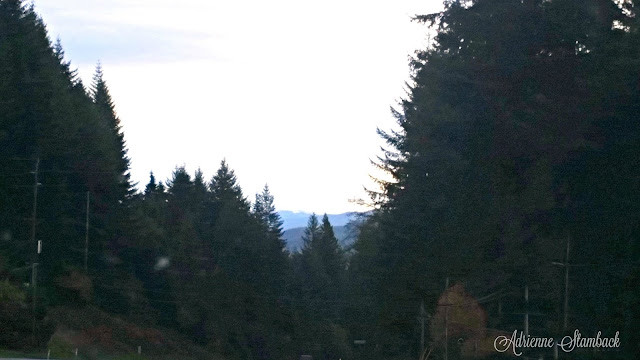 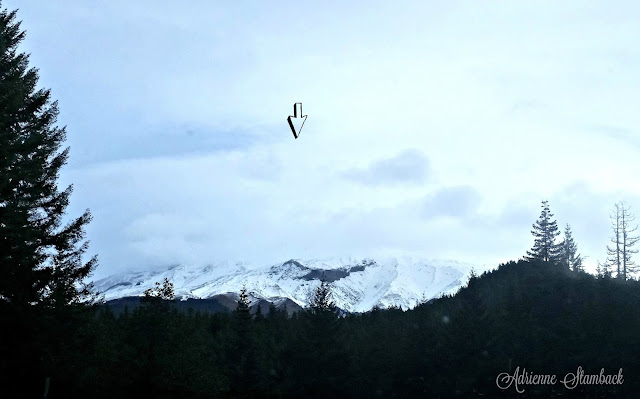 We drove on - up and around and over the mountains. The weather began to change on the east side of the mountain.  It wasn't long before we were on a big plateau and then 'dropped down' into  a valley that's surrounded by huge basalt cliffs.  In the valley, the Native American community of Warm Springs was ablaze with Fall color like I had never seen before. It was gorgeous! 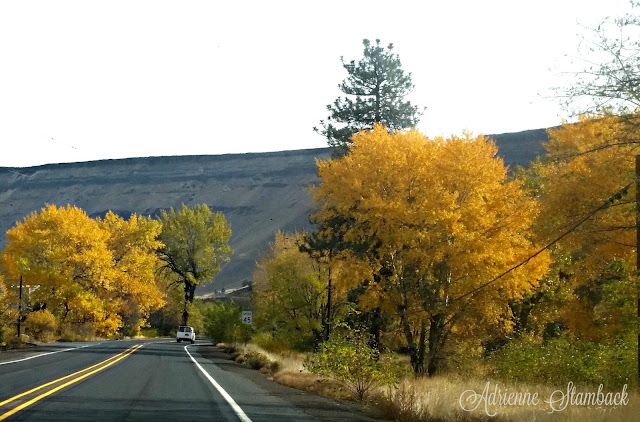 The road slowly made its way up the sides of the cliffs.  Once we were at the top we were on the flat plateau again.  We felt like we were on top of the world.  Soon Mt. Washington came into view. . . 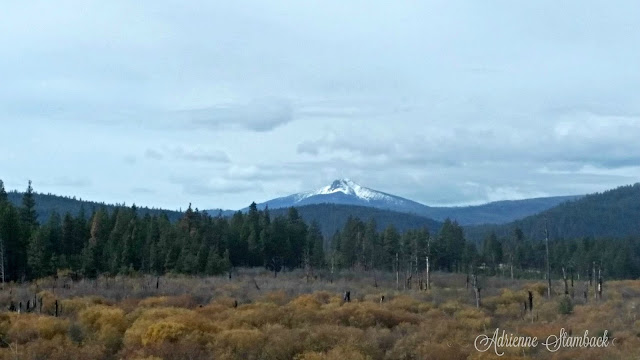 And then Mt. Jefferson rose above the horizon in the distance.

We drove on through farmland with the mountain looming large in the background. 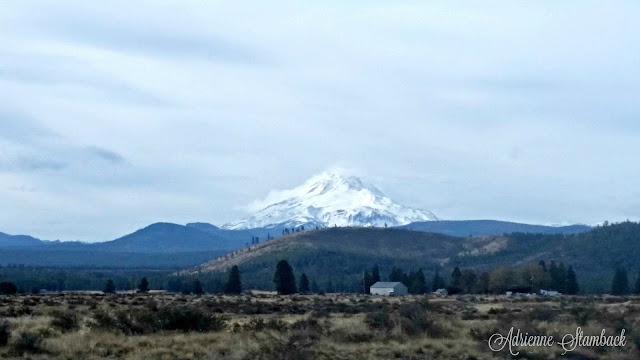 And then, continuing on to the south, mountains affectionately named The Three Sisters (Faith, Hope and Charity) and Broken Top came into view.

We enjoyed our day in Bend, the major city in Central Oregon - the town where I spent my young years, where I returned and met my sweetheart and where I moved as a new bride.  We decided to return home on a southern route through the mountains. That route took us through the small town of Sisters, at the base of The Three Sisters. Views from that town are breathtaking!

Our day ended with such sweet memories of the beauty of God's creation in the center of our state, memories of days long ago and memories of a day away where the mountains seemed to sit like a string of pearls in the sun.

(photos were taken on my cell phone through the windows of our car as we drove along - they don't begin to capture the beauty our eyes can see)
Written by Adrienne at 8:52 PM
Labels: Out and About