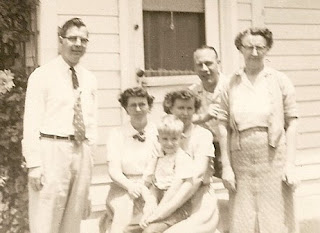 Happy birthday to my dear cousin, Alan. (That's him with his parents [his father is standing at the left], my parents and our grandmother.) We have been pals for quite a long time and, at times, accomplices in mischief. Alan is younger than his sister and I and he often bore the brunt of the schemes of two older, wiser, girls. When he was little we could talk him into (or out of) nearly anything -- but it often backfired when he cried and our conspiracies were exposed. Do you remember the time the three of us planned a "trip" to China Creek - on pogo sticks? It was a grand plan but the problem was that there were three of us and only two pogo sticks - yours and your sister's. So, your sister and I decided that you were too little to care (or to keep up with us!) so I would jump down the road on yours! That was fine until you realized that you were being left behind. Your tears and wails of distress brought our mothers out of the house and we girls were found out. The trip to the creek on pogo sticks never happened. 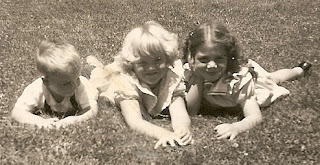 He was a comedian and his sense of humor has always lightened up many sober conversations. He has grown to be a man - now a grandfather (how did that happen so fast?) - and a good friend who I respect and admire. He is an incredible artist with a God-given talent to capture the beauty of the world around him and translate it into a masterpiece. More than that, he is a gentle, caring person who adds so much to the lives of those who know and love him. 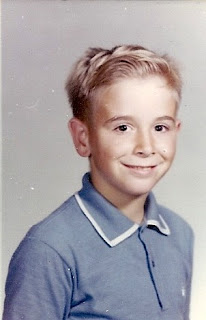 Today, dear cousin, I thank God for you and I celebrate the day He brought you into my life. I wish I lived closer to you so we could spend today together, celebrating, reminiscing and thanking God for His grace and blessings to you so far. My birthday wish for you is that He will continue to walk beside you and that you will always sense His presence through many more years.

Written by Adrienne at 7:06 AM
Labels: Celebrations