Advice From A Young Grandson

I want to share one more football-playing grandson with you before I move on to things Christmas. Thank you for indulging this grandma. Hudson is our youngest grandson and a real joy to our hearts. He recently turned nine years old, a fact that's hard to believe.This was his first year to play football and we were able to be there for some of his games. He attends Salem Academy, a private Christian school, where his older brothers play upper level football.

At the beginning of the season he was a bit uncertain but his confidence grew with each game. His two big brothers - Rylan and Gavin - spent time with him to discuss the games, the intricate rules of football and showed him ways to improve his skills on the field. 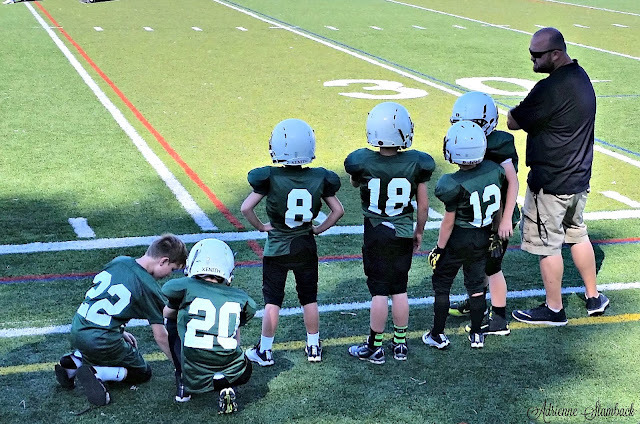 Hudson's games were usually played during the day but one game that was special was near the end of the season. His team had a chance to play a nighttime game under the lights - just like his big brother, Rylan, and the high school varsity team.

The last game of the season was special. He and his team had come so far! They had learned many  new skills and had gained more confidence along the way. As we sat in the stadium with his dad we learned that Hudson had insisted on wearing yellow socks - a good thing because we could always find him on and off the field! After the game ended each team lined up to receive metals for completing the season. It was special to be there and watch as his metal was placed around his neck. 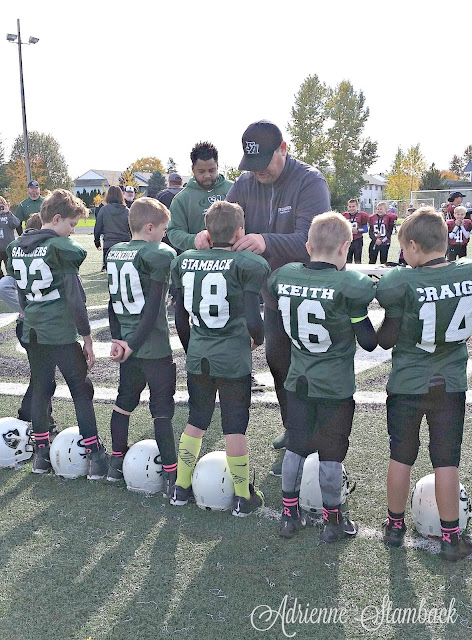 We've been so blessed to be able to watch our youngest grandson grow and develop skills. More than that, it's been an added blessing that he is strong in his young faith and has a loving, kind heart. 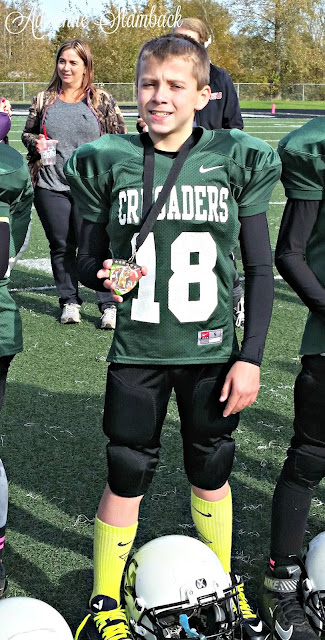 Hudson is a smart young man. He cares deeply about things but he never fails to tell it like it is! He speaks the truth and, at times, his wisdom amazes us.  He sat beside me during the second half of Rylan's state championship game. He explained a lot of things - football rules, what was happening on the field and why things were being played out the way they were.  He did a good job being my personal commentator - perhaps he has a future on TV!  As the game went on there was a very bad call against our team and I had trouble understanding and dealing with it. Hudson leaned over to me and said something that hasn't left my heart since then. He said, 'Grandma, you need to let it go! And you need to learn to be patient!' That's our Hudson. Nothing unkind - just true.  His words have stayed with me through the past weeks and I've sensed he was right. This grandma took the advice of a young grandson. I've asked Hudson to sit next to me during his older brothers' basketball games - because I learned so much from him. Perhaps I'll understand more about basketball before the end of the season! 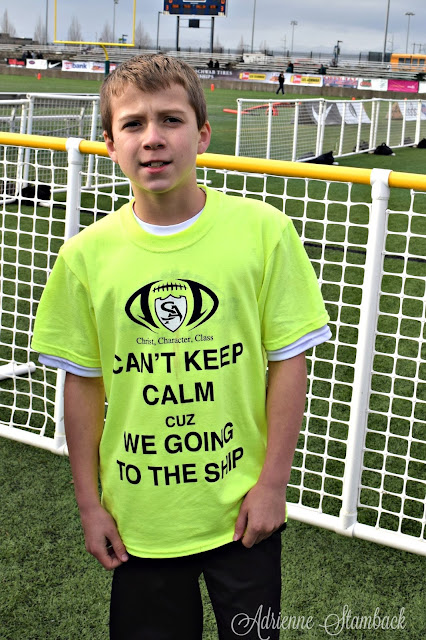 Written by Adrienne at 6:28 PM
Labels: The Grandest Kids