In the middle of the excitement of our oldest grandson's football season there is another grandson who has been an unsung hero.  I've been amazed as I sat at games and watched him in action. Rylan's middle brother, Gavin, has been a ball boy for the high school varsity football team.  That means he's one of two boys who took the balls in and out of Rylan's games. He also took the kicking tee to the center of the field whenever the ball was punted. (He wore his brother's number - #3) 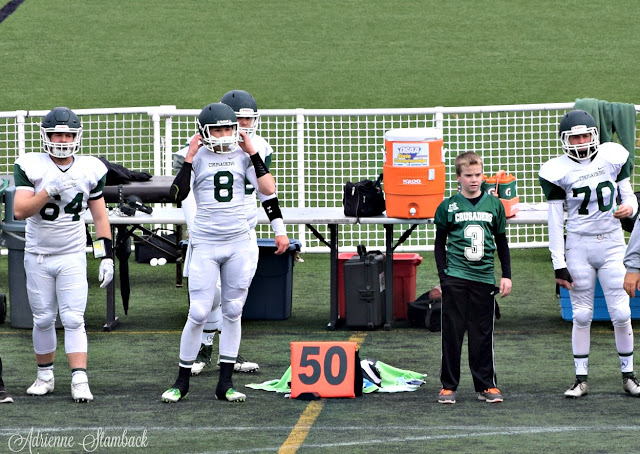 He worked closely with the referees. 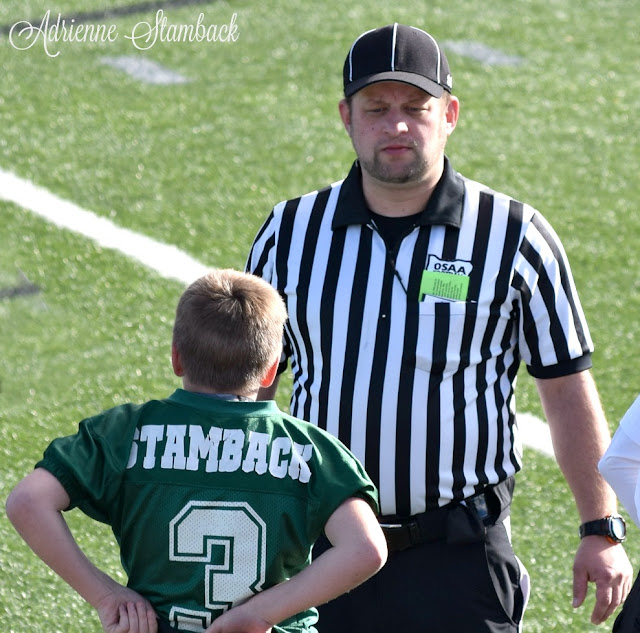 He had to pay attention to every play on the field and be ready at a moment's notice to get in and out with the balls. 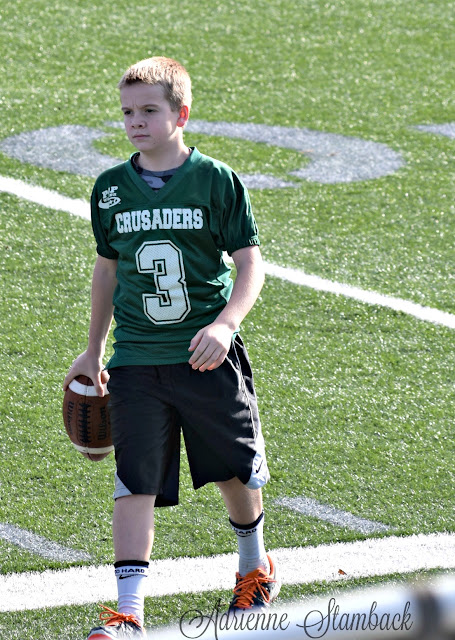 I told him he should wear a pedometer so he would know how far he ran during each game. He was in and out of the game and he was in charge of keeping our team's footballs ready to go into a game quickly. Every time it rained during a game he carried a towel to dry the football each time it came off the field after play and he wrapped a 'new' ball in the towel to keep it dry and ready to go for the next time it was needed in the game. He had an important role with the team.

Gavin is a sportsman like his big brother - and he's a good football player, too. He played on the seventh and eighth grade team for his school this year.  He's small in stature but big in spirit and motivation. He could get into places where the other team didn't expect him to be and he could run fast when he had the ball.  He was definitely an asset to his team. 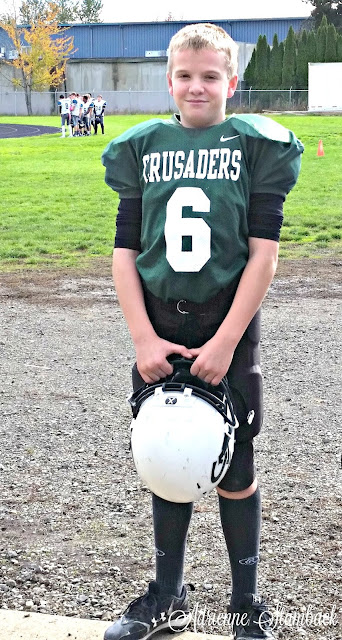 Gavin displayed the same good character as his big brother - he was a good sport, he was compassionate and caring for others no matter what team they were on. 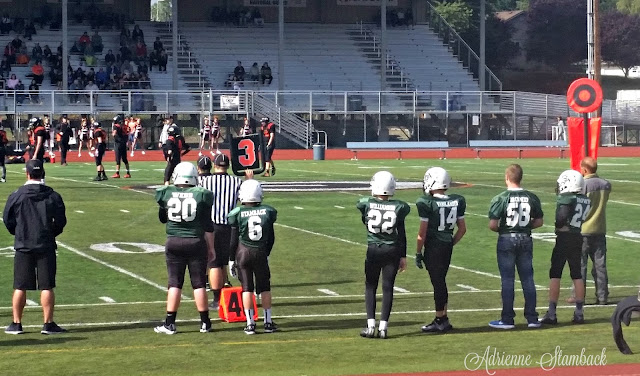 Gavin won't be the varsity ball boy next year. His 'career' is finished and he will move on to more football adventures.  We find it hard to believe that we will be in stadium at the high school again next year but this time he will be part of the high school football team.  We will be there to cheer him on and share our pride as we watch him play.  We're so proud of Gavin and we've loved watching him grow and mature and get involved in his world.  He brings such joy to our hearts! 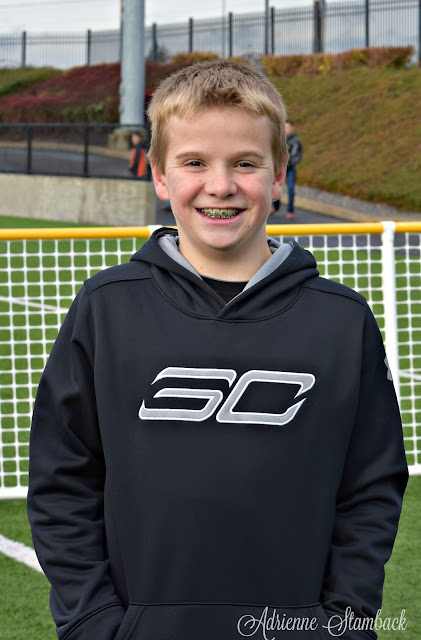 Written by Adrienne at 7:01 PM
Labels: The Grandest Kids